Posted by afifah.ahmad at 5:00 AM No comments:

let's hear what Tan Sri had to say.

Posted by afifah.ahmad at 8:28 PM No comments:

Maybe it's time to correct the textbooks

The body's appendix has long been thought of as nothing more than a worthless evolutionary artifact, good for nothing save a potentially lethal case of inflammation.

Now researchers suggest the appendic is a lot more than a useless remnant. Not only was it recently proposed to actually possess a critical function, but scientists now find it appears in nature a lot more often than before thought. And it's possible some of this organ's ancient uses could be recruited by physicians to help the human body fight disease more effectively.

In a way, the idea that the appendix is an organ whose time has passed has itself become a concept whose time is over.

"Maybe it's time to correct the textbooks," said researcher William Parker, an immunologist at Duke University Medical Center in Durham, N.C. "Many biology texts today still refer to the appendix as a 'vestigial organ.'"

The vermiform appendix is a slimy dead-end sac that hangs between the small and large intestines. No less than Charles Darwin first suggested that the appendix was a vestigial organ from an ancestor that ate leaves, theorizing that it was the evolutionary remains of a larger structure, called a cecum, which once was used by now-extinct predecessors for digesting food.

"Everybody likely knows at least one person who had to get their appendix taken out - slightly more than 1 in 20 people do - and they see there are no ill effects, and this suggests that you don't need it," Parker said.

However, Parker and his colleagues recently suggested that the appendix still served as a vital safehouse where good bacteria could lie in wait until they were needed to repopulate the gut after a nasty case of diarrhea. Past studies had also found the appendix can help make, direct and train white blood cells.

Now, in the first investigation of the appendix over the ages, Parker explained they discovered that it has been around much longer than anyone had suspected, hinting that it plays a critical function.

"The appendix has been around for at least 80 million years, much longer than we would estimate if Darwin's ideas about the appendix were correct," Parker said.

Moreover, the appendix appears in nature much more often than previously acknowledged. It has evolved at least twice, once among Australian marsupials such as the wombat and another time among rats, lemmings, meadow voles, Cape dune mole-rats and other rodents, as well as humans and certain primates.

"When species are divided into groups called 'families,' we find that more than 70 percent of all primate and rodent groups contain species with an appendix," Parker said.

Several living species, including several lemurs, certain rodents and the scaly-tailed flying squirrel, still have an appendix attached to a large cecum, which is used in digestion. Darwin had thought appendices appeared in only a small handful of animals.

"We're not saying that Darwin's idea of evolution is wrong - that would be absurd, as we're using his ideas on evolution to do this work," Parker told LiveScience. "It's just that Darwin simply didn't have the information we have now."

He added, "If Darwin had been aware of the species that have an appendix attached to a large cecum, and if he had known about the widespread nature of the appendix, he probably would not have thought of the appendix as a vestige of evolution."

Darwin was also not aware that appendicitis, or a potentially deadly inflammation of the appendix, is not due to a faulty appendix, but rather to cultural changes associated with industrialized society and improved sanitation, Parker said.

"Those changes left our immune systems with too little work and too much time their hands - a recipe for trouble," he said. "Darwin had no way of knowing that the function of the appendix could be rendered obsolete by cultural changes that included widespread use of sewer systems and clean drinking water."

Now that scientists are uncovering the normal function of the appendix, Parker notes a critical question to ask is whether anything can be done to prevent appendicitis. He suggests it might be possible to devise ways to incite our immune systems today in much the same manner that they were challenged back in the Stone Age.

"If modern medicine could figure out a way to do that, we would see far fewer cases of allergies, autoimmune disease, and appendicitis," Parker said.

The scientists detailed their findings online August 12 in the Journal of Evolutionary Biology.

Posted by afifah.ahmad at 11:08 PM No comments: 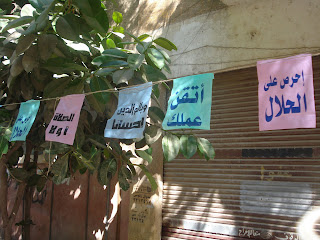 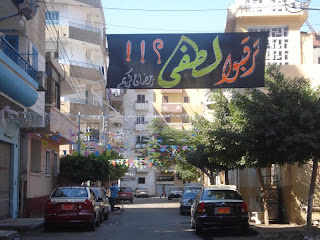 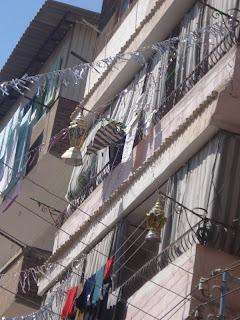 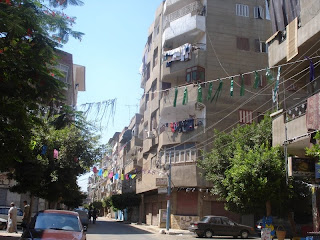 Posted by afifah.ahmad at 5:58 PM No comments: