exam is approaching, and as usual it'll be the moment where i'll be thinking about something weird u may say..
currently not holding any position in the society after declining those offers, but still recently was assigned to be one of the committees for Mansoura University's Student Guidance Book, particularly in illustration n designing division (which is of my interest that i can hardly give it up urgh~ ) and also being the treasurer for PERUBATAN's Sport Day in which Mansoura has the honor to host such big event, and mind me, my exam is on January 22, 27 and 29, whereas the Sport Day is on 31st! aigoo~ ayah pesan jgn busykan sgt diri, tp anak ayah ni xleh duk diam la~

to be frank i felt like not being 'me' when running my daily life with no meeting awaiting me,no more my10genih credit finished in just a day or two, topping up some more and in a glance i run out of it again, and no more going here n there as i used to be.. there used to be a day where i supposed to attend 3 meetings

but luckily one was postponed, i went for one and skipped the other one

the moment when we feel like we're the busiest buddy of all, believe me there're many others busier than we do.. that day when i dealt with that pacik at the gawazat to get my visa settled, i almost burst into tears (actually i had =p) for all those crappy things came one after another.. really dead meat- i skipped my class for that, was asked to photocopy things after another which i found so unnecessary, went in n out for several times, that finally i sighed in front of that pacik.. hari y paling bolok! n that pacik questioned over my sigh. " why? dun sigh~" trying to cheer me up although he's the one to ruin my day. but then to think it over, he went through tougher days dealing with tonnes of faces with tonnes of problems and behaviours of ppl coming in n out.. n he deserved it more should he wanted to burst out, and might wanna giving up that pretty hectic job.
n what makes him giving in his job? it's the patience over things walk upon you.. it's all patience that can make u stand with your say, topsy-turvy day~. patience, ppl.. God will never test u with something unbearable to u.. 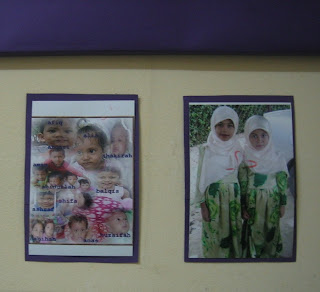